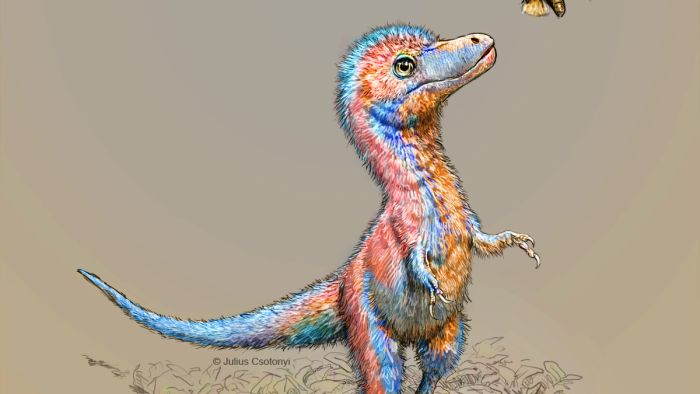 Scientists for the first time have found embryonic remains from a group of ferocious meat-eating dinosaurs that includes the Tyrannosaurus rex.

They found fossilised jaw and claw bones that show these record-size babies looked a lot like adults and were “born ready” to hunt.

The fossils, the researchers said, represented two species from the tyrannosaurs group, the apex predators in Asia and North America during the Cretaceous Period toward the end of the…

Presence of far-right Proud Boys symbol at Melbourne marches ‘frightening for us all’, Josh Frydenberg says